Why Paintless Dent Repair is a Better Option Than Conventional Repair

Conventional dent repair takes up quite a bit of time, which means you will have to manage your day-to-day life without the use of a vehicle. The reason why it takes up so much time is because there are many tedious parts to the process.


There is the need to precisely match the car’s paint, which is no easy task. But before the painting process even begins, there is a need to sand the dented area and then add filler.

Drying the paint is another tedious process as the conditions have to be just right. The paint needs to be baked afterward as there are careful and calculated steps to take. It’s not something that can be done effectively in your home garage.

There is the need to create an even finish that looks smooth and natural, which is one of the biggest challenges when it comes to conventional dent repair. However, it is important to remember that not all dents can be fixed using the paintless method. If the dents are too big, then paintless repair is not a viable option. It is also not just the radius of the dent that is the deciding factor, but the depth of the dent as well.

Paintless dent repair is now being accepted as the major form of repair by a lot of insurance companies especially for hail damage dent removal. This method also helps maintain the value of the car as the original paint enhances the overall worth of the vehicle.

Dent Pro of the Carolinas 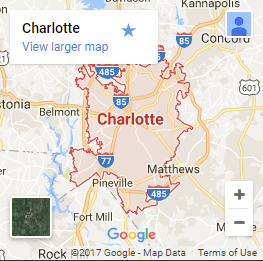